Irish Eyes is one of the best videoslot online that is powered by NextGen Gaming. For those who are big fans of the Irish, this game comes with an Irish theme, and it features 5 reels and as many as 25 pay lines.

To make playing more exciting, it can be played from as low as 25p a spin here at Slots Racer, one of the new slot sites. Irish Eyes has all the typical Irish stereotypes that punters will expect including 4 leaf clovers, a lucky gold ring, and a big green hat.

This slot is mainly about the Free Games feature where punters can get as many as 20 free spins initially, with every wins subject to a massive 3x multiplier. There is no prize for rightly guessing that Irish Eyes 2 is an online slot that celebrates everything relating to the Emerald Isle and luck. You can test your luck by playing virtual slots games on Slots racer.

NextGen Gaming is one of the world's most respected developer of online promotion slots. With several slot games under their belt, this developer boasts of having its products in various casinos around the world. The developer began operations in 1999 and has since released over 100 online casino games and counting.

Below are some of the best slots by you can also play at Slots Racer:

If you like the above mentioned and would like to try them, you can do so by playing on Slots racer casino. 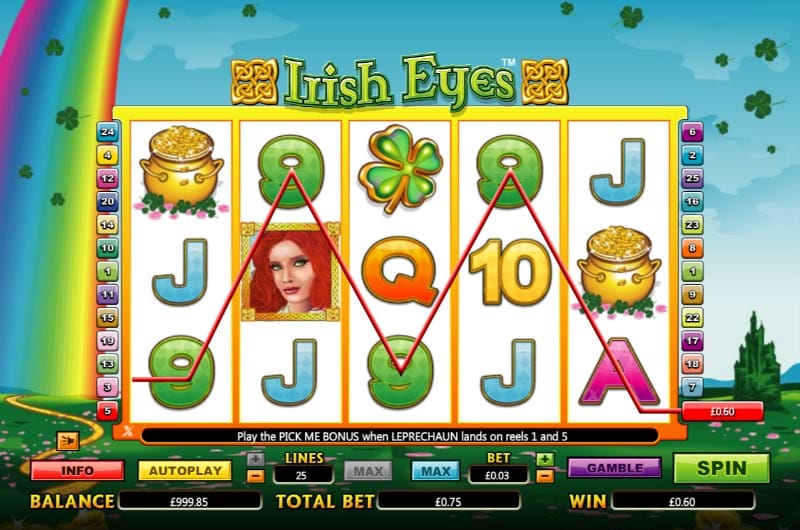 There are some low and high-value symbols on the deposit by phone bill gaming reels, and they include some of the typical Irish stereotypes such as four-leaf clover, a big green hat, leprechaun's pipe, and a lucky gold ring. Here, the latter symbol happens to be the most lucrative of all images offering a massive 1,500 coins if you are lucky enough to hit a 5 symbol combo.

Apart from the leprechaun themed visuals which have so much to offer, there are playing card symbols that range from ace to nine.There is a flame-haired woman in this sot that functions as the wild and also substitutes for all other symbols except for the scatter.

If you can find just a single wild, you will be given a payout, albeit of only one coin. The prize gets substantially bigger the more a punter finds, right up to a massive 5,000 coins if you are lucky enough to hit 5 in a row. 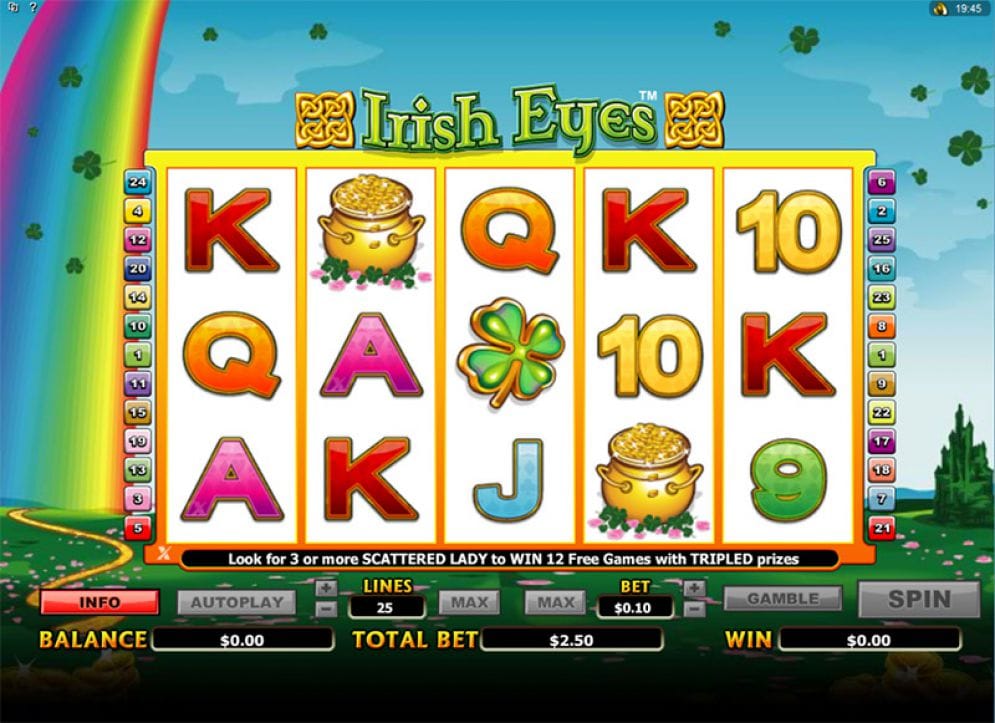 Free Spins: There is a pot of gold with coins that serve as the scatter in this game, and offers massive payouts of around 2 and 100 times your entire bet amount depending on how many you are lucky enough to hit. With three pots scatters or more, you will successfully activate the game's Free Games feature.

The game has a catchy cartoon style imagery that is quite simple enough but sharp and nice against the white reels. Here, the action is set against an interesting woodland setting and also played out to a soundtrack that is best described as jaunty that has more than a simple hint of Ireland.

This is not one of the best slots for people who are all about lots of free spins and bonuses, but you can play to find out what the available bonus feature has to offer. 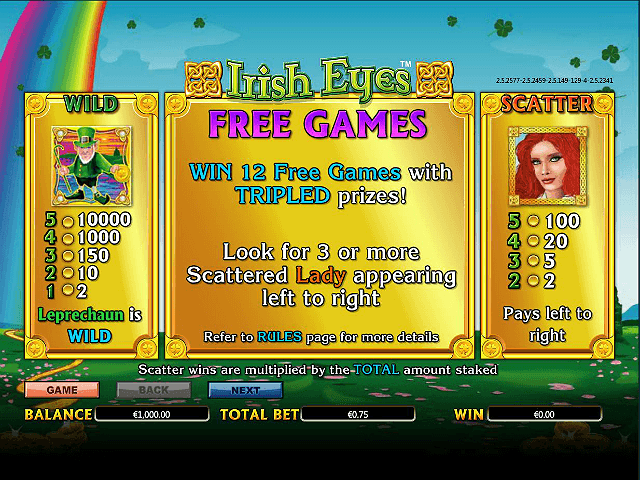 The visuals and sounds on show in the Irish Eyes online slot are perfectly acceptable even though they are not exactly flashy. The features here are a little underwhelming, but that is not to negate the fact that there isn't a great amount on offer during the bonus stakes.

Punters need to bear in mind that these free spins are quite lucrative, and that makes this one of the best slots with a simplistic design.

If you are a great fan of this slot and would like to try others like it, there is no need to look further as you can play many of the best slots on Slot racer like: